The telephone was wildly disruptive. It was a radical innovation that brought change, not the least for single women, both in the workplace and in the male imagination.

Women dominated the ranks of telephone operators early on, starting with Emily Nutt in 1878 Boston. The teenage boys handling the job before her were rude and swore on the line. Miss Nutt, however, was polite and used her soothing and cultured voice to charm customers.

Nutt opened a new profession for single women (married ladies of the time were expected to devote all their energy toward keeping house). Telephone work was more appealing to women than laboring in a factory or sweatshop. And exchanges were eager to hire women because they did the job better than men even though they were paid less.

By the early 1900s, female telephone operators had captured the public imagination.

Fascination centered around notions of the operator as a romantic object who blends flirtation with customer service.

Some men developed robust fantasies in connection with the “sweet symphony” of female voices heard on the line.

Newspaper pieces such as “Won Hello Girl by ‘Phone” in the 1902 New York Evening World boosted such ideas. The story detailed how a man implored an operator to “connect me with your heart.” According to the article, she did so and the couple married.

The theme of female operators and romance (welcomed or not) found its way into several early motion pictures. Mr. Flip (1909) features a serial harasser of women in the workplace. The women, however, come up with unique punishments to inflict upon him, including an operator who “electrocutes him a little.”

The Telephone Girl and the Lady (1913) Tells the story of a plucky operator who learns of a jewel theft over the wire, calls the police, and finds love with the responding officer. 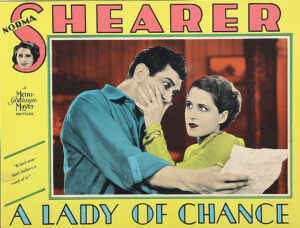 A Lady of Chance (1928) stars Norma Shearer as Dolly “Angel Face” Morgan, a grifter who uses her job as a telephone operator to connect with wealthy gentlemen.

Fascination with telephone operators declined along with their numbers. After hitting a peak of about 235,000 in 1930, the job category steadily declined as technology permitted direct calls. In 2021, the Bureau of Labor Statistics reported a total of just 5,000 workers classified as “telephone operators.”

Even the telephone itself, once monumentally innovative, is fading in popularity among younger people. Millennials, according to Forbes, are determined to “avoid phone calls — at all costs.”

Things may be starker still for women born after 1998. A 2019 study found that Gen Z women are overwhelmingly pessimistic about the impact of technology on society, perhaps due to the troubling prevalence of gender-based harassment on the internet.